You can also consult with a parenting coordinator, to find out what they usually do in situations like yours.

2. Take your own steps to become a better parent and co-parent.  If you want to change your 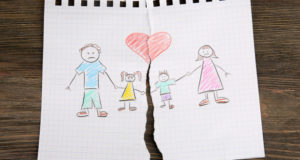 situation, you need to take a hard look at your parenting and co-parenting.  Take a class, either in-person on online.  This will set you up to a) have more tools to deal with your kids and your ex and b) show the court and experts in the case that you are serious about your kids and you are trying to keep the animosity and hostility low.

3. Live your Life Like You’re Being Watched by Big Brother.  Unless there are outrageous events occurring (a parent is in jail; a parent has been formally accused of a crime that could harm the children; a child has been implicated in a crime, etc.,), the issue of who should have custody of the children will deal with the minutia of daily life.  Do you get the kids to their schools and activities on-time? Are you posting photos as bars or with you holding alcohol?  Do you smoke marijuana or have a medical marijuana card? Do you introduce your kids to multiple romantic partners? This is the time when you need to start living like you’re Mother Theresa.  Consider whether you can live under a microscope from anywhere between six (6) months and a couple of years.

4. Don’t make false allegations against your ex. Accusing your co-parent of being abusive might seem to be the perfect way to get him/her away from the kids. But, if you exaggerated (or, worse, made up!) your allegations, your accusations can turn into powerful evidence against you.

False allegations will be rooted out, and you will be filled with regret. Plus, you will have emotionally and psychologically hurt your children.

A client once insisted that the child was coming home with bruises that were caused by the father. Once a therapist spoke with the children, and a guardian ad litem spent time with them, it came to light that the bruises were typical for children that age, and were caused during sports activities.  The client felt that the professionals involved weren’t’ doing enough, so she “padded” her complaints.  She was found to be the abusive parent in the situation.

5. Document Everything. Without getting too in-depth into the legal issues of evidence, it helps to document the issues that have caused you to ask to establish custody and timesharing or to change it.  Keep a diary AND a calendar.  You can do all of this online using Google. Make notes as close to real-time as you can.  If you have a  concern, send the other parent an email (but do NOT argue with them, just list the facts!).  If the other parent is making accusations toward YOU, document how it is wrong.  One client of mine was being accused of leaving her mediations out for the children to find.  She took a picture of her small safe where she kept medications.  She would also take short video clips showing that she was unlocking the safe, and taking her medications out.